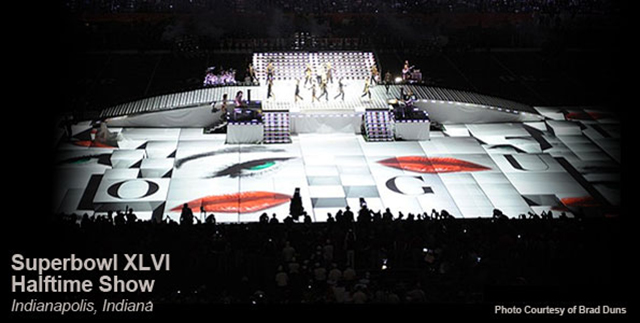 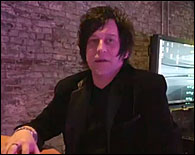 Ken is a lighting visionary of concert tours and glitzy Super Bowl halftime shows. He spoke at the Distinguished Lecture series about his inspiration – a bleeding edge – or taking design and technology “one step past where everyone else has achieved thus far.”

Mr. Gay shared his design steps – from the inspiration to manufacturing overhead flying cameras, through practices, to an intense seven minutes of set up on a football field involving 600 volunteers, screens and 100 electrical connections. As Mr. Gay said “The scale of the football field will always remain the same but what you paint on that canvas… to capture someone’s attention… that is where I like to live” (April 3, 2012).